A lesson on accountable leadership from EasyJet’s CEO 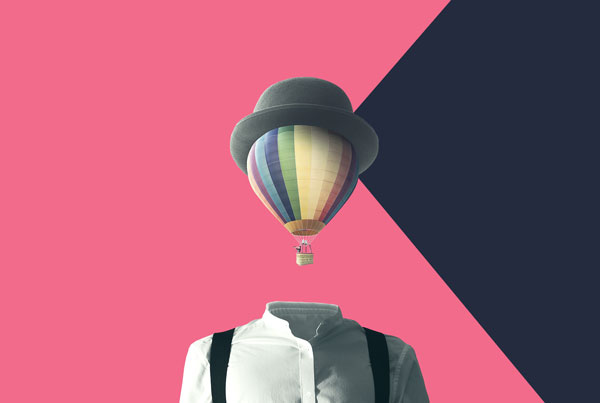 There’s an old saying that Irish Catholics have more emotional baggage than a Ryanair flight to Kerry.

That may have some truism, however, when it comes to the art of flying, I am one Irish Catholic who has worked hard over the years, determined to get our short haul European travel down to a fine stress-free art.

No bag-drop or collection queues for our family, everyone has perfected the skill of packing their capsule wardrobe and 100mls toiletries into one small wheelie suitcase (although I think our son’s strategy of packing of one pair of boxer shorts should be avoided!)
Typically, our airline of choice has been EasyJet who despite some delays / a couple of sleepovers at airports over the years, have worked hard to be the credible airline of choice for our short haul low cost travel.

In the past twelve months though we have found ourselves suffering more and more from that 3rd world problem – CBA (Cabin Bag Anxiety) – the acute fear after managing to avoid all eye contact with airline staff they eventually manage to wrestle your cabin bag of you at check in and place it in the hold.

There is no question that demand for cabin bag storage outstrips supply causing anxiety for both customers and staff, with delayed departure times as staff struggle through gritted teeth to wrestle bags in to unfathomably small spaces.

It’s a strategic transformation issue that newly appointed CEO Johan Lundgren has publicly stated in a recent article that he is tackling head on and holding himself personally accountable for delivering against. The article refreshingly concluded with his own email address requesting customers to contact him personally with their feedback.

I found myself testing his customer promise this month after inadvertently paying an additional £150 for hold luggage I thought I needed due to changes on their website. Emailing Mr Lundgren direct, 24 hours before flying explaining my complaint and desire to receive a refund, I pressed SEND with very low expectations of ever receiving a response.

I was delighted to be proved wrong when three hours later I received a call from his office offering me a refund and an apology for the misleading information – ‘amazed, delighted, gobsmacked, flippin heck he does what he says he’ll do, imagine that’ were just some of my reactions.

Transformative change doesn’t happen without clear and rapid decision making or is guided by clear and measurable outcomes. Most importantly it must be led from the top with demonstrable leadership who role model accountability.

I would urge more leaders in charge of transformation to publicly hold themselves to account and engage with their customers in a very transparent way.

Good luck Mr Lundgren you deserve to be successful!

Briege is the Marketing Director at Retearn and works with the team to make sure everyone gets the message about the amazing and transformative outcomes they are delivering for clients on both procurement and transformation projects.

Thoughts? Questions? Need more help? We’d love to hear from you at hello@retearn.co.uk or